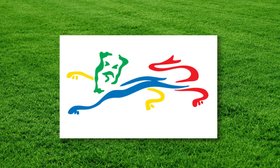 The provisional league allocations for 2022/23 have been published today by the FA National League Systems Alliance & Leagues Committees.

The allocations released today are subject to the FA's appeals process, ratification from the FA Council and final ratification at the various League AGM's in June.

The 2022/23 Southern League Premier Division Central Division shows five changes from the season just finished with the league now returning to a full complement of 22 clubs.

With Guiseley being the only side relegated from the National League North (with the National League North & South expanding to 24 teams) and Belper Town winning the NPL Division One Midlands play-offs, this has had the effect of moving the 'boundary' for the Southern League Premier Division Central a little further north up the A38/M42 corridor into South Derbyshire and Nottingham to compensate.

We wish the departing clubs every success in their new divisions next season.

IN
KINGS LANGLEY - Lateral movement - return after one season in the Premier Division South.

We look forward to renewing acquaintances with each of these clubs next season!

With Ilkeston, Basford and Mickleover all having modern 3G pitches that will mean that eight teams in our division will have artificial pitches in 2022/23.

There was a train of thought that NORTH LEIGH (from near Witney in Oxfordshire) might be placed in our division after winning the Southern League Central Division play-offs, however they have been allocated to the Southern League Premier Division South at step 3 which largely caters to southern-based clubs to the west of London.